We had originally planned to spend Saturday riding bikes to the beach, but the weather forecast was for rain, so we postponed that outing. Quinland was bummed until he heard about our replacement gig: the oceanarium and the science center! 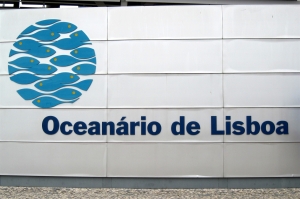 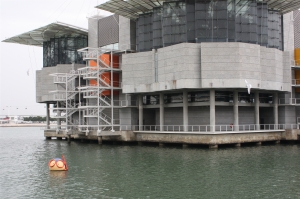 The Oceanário de Lisboa is located out at the Parque das Nações (ooh, I love it – David said I could cut and paste to get the special Portuguese characters, and it worked!), which was developed for the Expo in 1998. It is a very different sort of Lisbon than we had seen before: wide open spaces instead of narrow streets; tall glass apartment towers instead of azulejo-covered rows of houses; and people doing aerobics in public instead of in the privacy of their own homes. It’s a very modern area with a huge shopping mall, hotels, an arena, and a Disneyland-style Skyway, as well as the famous oceanarium and the science center.

Speaking of Disneyland, there was a big line to get tickets to the oceanarium and it was not cheap (once you paid for both the regular admission and the special exhibit). Regardless of cost, there was no way we were going to skip the special exhibit: SEA TURTLES. Quinland did a project on sea turtles last year, so his interest was very high, plus they are awesome. 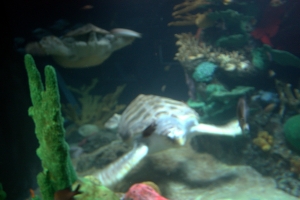 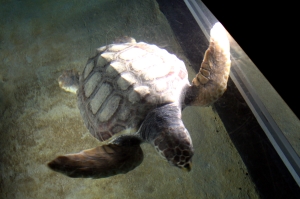 Both the special exhibit and the main aquarium were fabulous, much more so than our photos will show since we could not use flash photography. You really felt like the fish were coming right up to you, but in a way that wasn’t too scary. Or threatening. I am actually afraid of fish, but I stayed pretty calm throughout. This is definitely a place where pictures will show more than words, so I will not run on in the wild manner to which I am accustomed, but will let the pictures speak for themselves. 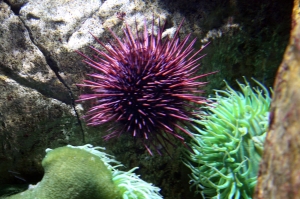 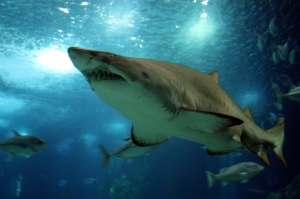 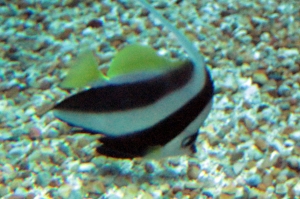 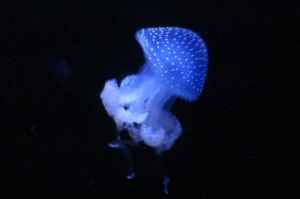 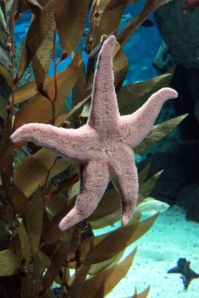 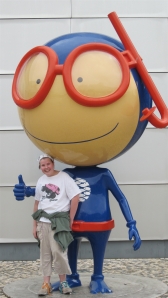 After the Oceanário, we headed over to the mall food court to have lunch. Oh, my gosh – what a madhouse. The place was absolutely packed. I went to Vitaminas and got the awesome sandwich again, as did Quinland, while David got steak and eggs. At a mall food court. We don’t have choices like this at home. On the way there, we passed the most amazing fountains. Portland has to get a fountain like this one; it even has a volcano theme. I can’t tell you how long I waited to get the second photo. It spurts for just a moment every 5-10 minutes or so. 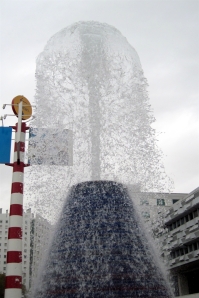 Then it was off to the Science Center! We all enjoyed the light and electricity exhibit, and Quinland and I rode the tightrope bike. Unlike the Seattle Science Center (where you ride in a circle), you ride this one backwards and forwards. I rode with no hands. I asked David if he took a picture of me doing it, and he said, “No. You were just showing off.” (Tante Ina is going to love that.) I did get a shot of Q, who had a death grip on the handles here but later let go and rode one-handed. David is sitting at the “adults’ table” in the second photo. Check out his feet. 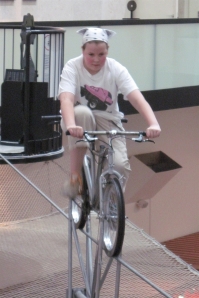 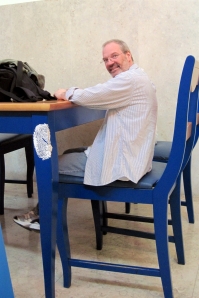 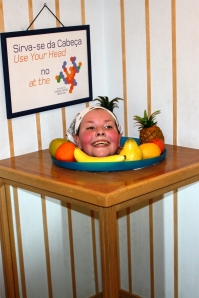 About halfway through the museum, I was so exhausted that I sat in a chair surrounded by our daypacks. I tried to read Mr. Darcy stories on my phone, but I kept nodding off. I felt like Zumu. I have inherited her ability to sleep anywhere.

We were all too tired to do anything else; the weather was so terrible that there was no point in riding the aerial tram. We headed for the subway, only to encounter the crowds pouring out of the arena from Disney on Ice, Mickey Mouse balloons in hand. I noticed something interesting: the kids in the crowd were really dressed up. The girls looked like little princesses, with their dresses and tights and fancy coats. I don’t mean gaudily dressed up like Disney princesses, as we might see at home. I mean like Queen Elizabeth used to dress when she was a princess. Very classy. Yet the parents were dressed just as we see them every day… It’s a mystery. The kids looked adorable, though.

We were so worn out when we got home at 7 that we just hung out and had a calm and peaceful night. (I still stayed up way too late, of course.)

Expenditures: Oceanarium entrance, lunch at food court, and science museum entrance; Q got a new hat at the train station for only 5 euros!